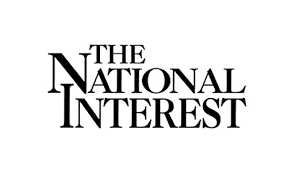 Even if Vladimir Putin wins in Ukraine, he loses. Anything defined as victory will cost the lives of thousands more of Russia’s young men at a time when the population is shrinking. Simply to hold Luhansk, Donetsk, and other conquered territories against guerilla fighters will require further expenditures of manpower and equipment, both of which are in short supply. Real pacification would call for investments which Russia can’t afford, and the Russian public would oppose. Nor will Putin be excused for having disgraced the Russian military.

Win or lose, Putin and his weakened and his discredited system will not long survive. No one knows what will come next, but it is clear what should follow. Russia needs its own Charles de Gaulle, the French general-turned-president who got France out of its disastrous war in Algeria.

Back in 1958 when de Gaulle came out of retirement to become president, France faced an armed uprising by ethnic Algerians seeking independence. France had sent 600,000 soldiers there, who were supported by a million pieds noir, French who had settled there. The strife led to a terrible loss of lives, a revolt in the French army, and a fracturing of society that is still evident today. Far from conceding to such domestic forces, de Gaulle went himself to Algeria, ordered French troops there to cease backing the rebellious Committee of Public Safety, and then declared a ceasefire and granted independence to the Algerians, to be confirmed by a later vote, which took place on 1 July 1962. In its aftermath, 900,000 pieds noir abandoned Algeria.

De Gaulle succeeded because he envisioned a better future France without Algeria than with it and convinced a majority of French citizens that he was right. The best past forward for Putin’s successor is to do the same in Russia.

To be sure, Russia is not France and Ukraine is not Algeria. Ukraine had been ruled by Moscow down to 1991 but is now a sovereign state and a member of the United Nations. Algeria in 1958, by contrast, remained an integral part of the French state. Separation was even harder for Algeria than for Ukraine, which gained independence thanks to the collapse of the USSR. Most important, de Gaulle came to power just as colonialism was everywhere waning, while Putin came to power with the intent purpose of reviving it. De Gaulle took positive action with respect to France’s colonies while Putin used armed force to recapture two provinces of the Republic of Georgia and Ukraine’s Crimea.

Other aspects of de Gaulle’s approach are directly relevant to Russia. De Gaulle pulled out of Algeria not because he thought France was no longer a major power but because he was a nationalist who did not want to lose the rest of France’s empire. Similarly, a Russian withdrawal from Ukraine may be the only way Moscow can continue to hold onto the Kuril Islands, the Russian far East, and even Siberia. For the same reason Russia’s great nationalist writer Alexander Solzhenitsyn, writing as early as the 1960s, wanted Soviet Russia to “show good sense” and give up its non-Russian republics, including Ukraine. “Those lands that do not want to stay” should be allowed to leave. Why, he asked, should Russians “continue to pay for the mistakes of [their] fathers”?

In spite of such sound advice, Putin seems likely to barge ahead, and his immediate successor may well choose the same course. However, it is already clear that this will further harden Western opposition to Moscow’s imperial program, lead to the deaths of further thousands of young Russians at a time when Russia’s population is already diminishing, vitiate the Russian economy, and exacerbate tensions within Russian society. Admit it or not, Russia is at an impasse. Like France in 1958, it faces a fundamental choice between policies of the past and viable strategies for the future.

Putin’s Russian supporters may fear retribution when he leaves or is removed. Faced with the same problem de Gaulle issued a general amnesty, which covered the entire French army. Other Russians have convinced themselves that a “de Gaulle gambit” in Ukraine would rob Russia of its glorious past and diminish its role in the future. This is nonsense. Following the withdrawal from Algeria, de Gaulle launched his “politics of grandeur,” which featured staunch opposition to the United States and his two vetoes of Britain’s entry into the European Economic Community, later the EU. To be sure, Russia will have no choice but to abandon hope of reconquering any of the former Soviet republics that are now sovereign states, and it may have to renounce claims on some territories that are now within its borders. But this will still leave Russia with a vast territory and a large and talented population that can refocus its attention on the future rather than remain fixated on the bygone past.

Putin has long since passed the point at which he could do an about-face and pull a de Gaulle gambit in Ukraine. He is a small man, literally as well as figuratively, standing at 5’7” tall, as compared to de Gaulle’s 6’4.” He directs his plaudits not to de Gaulle but to Russia’s expansionist Tsar Peter the Great, who was 6’8.” Putin’s recent actions have further diminished his stature in the eyes of many thoughtful Russians, including many in the army and government.

There is already much speculation as to what or who might follow Putin. French hard-liners point to the fact that long after de Gaulle granted Algeria autonomy and even after Algerians voted overwhelmingly for it, some four-hundred French pieds noir were massacred in the Algerian city of Oran. Frustrated Russian troops have already committed genocide in Ukraine. Could Ukrainian anger also reach such a pitch?

Many alternatives to Putin can already be detected in Russia. These include military hard-liners who resent Putin’s failure to declare all-out war against Ukraine and want him to do so today, military reformers who want to pull back and rebuild their depleted forces and equipment, and many civic forces, including the new class of business leaders, followers of the jailed Alexei Navalny, and other individuals and groups.

Whoever emerges from the inevitable turmoil in Russia, he, she, or they will have to address the open wound that Putin’s Ukraine gambit has opened in the Russian polity itself. Far the best solution, for Russia and the world, would be for his successor to follow Charles de Gaulle’s model in Algeria and convince Russians themselves that their country will have a far better future without Ukraine than is possible with it.