Dueling Mosques and an American Beacon in Afghanistan 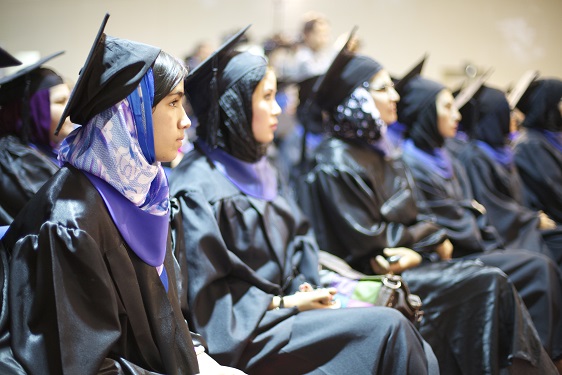 The Saudis and Iranians are building outposts in Kabul. Meanwhile, a U.S. university there needs bolstering.

Dueling Mosques and an American Beacon in Afghanistan

The Saudis and Iranians are building outposts in Kabul. Meanwhile, a U.S. university there needs bolstering.

Two new initiatives focused in Kabul but originating in the Middle East threaten to draw Afghanistan into the vortex of Middle Eastern strife and to undermine prospects for a secular government. America will need to present an alternative to forces that seek to roll back much of what has been accomplished in Afghanistan.

In November, Saudi Arabia launched a huge new mosque and Islamic Center on a hill in Kabul’s center. The Saudi ambassador declared unconvincingly that the mosque’s purpose is to fight terrorism and “present a moderate and true face of Islam.” Iran is also constructing a mosque in central Kabul and, if asked, would probably make the same claim. Both complexes include a mosque and school, but the similarity ends there. One will promote the Saudi’s hard-line Sunni Wahabbism, while the other will propagate the Ayatollahs’ hard-line Shiite Islam.

Just as these two states and religions are engaged in an undeclared but bloody war in Iraq, Syria and elsewhere in the Middle East, they are at loggerheads in Afghanistan and view the struggle there as a zero-sum game. If either prevails, Afghanistan will be the loser.

So far the country has largely escaped the strife arising from the millennium-old conflict between Sunni and Shiite Islam and the more ancient struggle between Persians and Arabs. Afghans do not consider theirs to be a Middle Eastern country. Even the branch of Islamic law that prevails in Afghanistan, the relatively mild Hanafi school, sets it apart from the Saudis and Iranians.

If Afghanistan is pulled in either direction it will draw the country into a brutal religious storm. No less serious, either alternative poses a direct threat to the ideal—lost for decades but now taking hold again—of an educated and modern Afghanistan based on secular laws and open to new knowledge in all spheres; of a country where jobs are accessible equally to men and women, and where education challenges minds rather than inculcates doctrines.

Has America offered any alternative to the threat posed by these dueling mosques? It has in the form of the American University of Afghanistan, chartered in 2004 as the country’s first private and independent institution of higher education. Laura Bush launched construction the following year by announcing a grant from the U.S. Agency for International Development. Since then public and private donors have helped the university increase its faculty, build or remodel facilities, increase course offerings and expand its crucial scholarship program.

The university now offers programs in political science, public administration, business administration and computer science. Stanford helped create a five-year M.A. program in law; an M.B.A. program has opened, and a school of agriculture is planned. The university has even set up branch centers in three provincial capitals, where 300 young Afghan teacher trainers have begun spreading the university’s knowledge and values into thousands of school classrooms across Afghanistan.

Last month I delivered the graduation address at the university. The scene would have been familiar at any American college campus, as the graduates laughed, cried and tossed their mortarboards into the air. This is the wonder of the place. I met graduates with illiterate cousins who had fought with the Taliban. Others told me they had farmed or peddled dry goods to pay tuition. There were men and women who had already started their own businesses, while others who were determined to pursue careers in education.

At the epicenter of the new campus stands the gleaming new International Center for Afghan Women’s Economic Development. Some of the graduates perched their mortarboards atop Islamic scarfs while others came dressed in the height of Western fashion. The fact that half of all incoming students are women shows that the American University of Afghanistan has figured out how to translate its vision into reality.

Some of the parents and relatives at the ceremony were educated and prosperous, others barely literate. Two fathers told me through tears that “these children are our dream of a better life,” and “if they have no future, then Afghanistan has no future.”

Who is paying for this educational miracle? The question is important, since most of the campus has yet to be built and 70% of students require need-based financial aid. There is scarcely money to pay faculty salaries, and few Americans have stepped forward to fund urgently needed scholarships. Unlike either the Saudi or Iranian mosques, the American University here has no endowment.

Pondering these statistics, I think back over the years since 2001 and the enormous sacrifice the U.S. has made. Not just to fight al Queda or the Taliban, but to build a better life for Afghans, so their country—and ours—will never again fall prey to such barbarians.

What reasonable nation would sacrifice the lives of 2,254 of its young men and women fighting in Afghanistan and then pull back from funding an institution that can help prevent the kind of desperation that led to 9/11? What sane investor would sink $1 trillion into a country and then walk away?

Every day it becomes clearer what will happen if America takes this course, as we watch the Saudi and Iranian minarets going up in Kabul and read the grim news from Paris. The new university can be a powerful and enduring symbol of America’s values. But if it is not sustained, thousands of young men and women—people who could make their country the kind of place America fought for—will have been abandoned to a grim fate. If this happens, our promises will ring hollow and our sacrifice in lives and treasure will have been for nothing.

Mr. Starr is chairman of the Central Asia-Caucasus Institute at the Johns Hopkins School of Advanced International Studies.