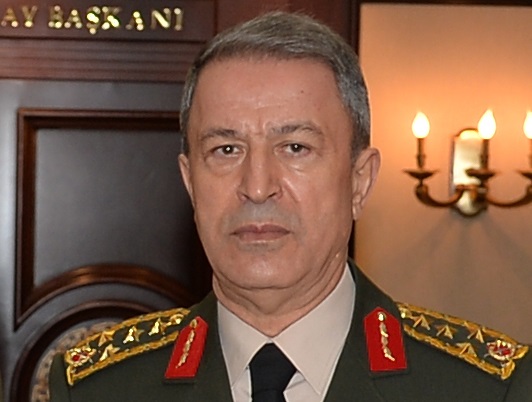 Turkey’s minister of defense is a staunch nationalist—but that doesn’t mean he’s anti-Western.

Steven A. Cook writes in a recent Foreign Policy piece that Turkey’s President Recep Tayyip Erdogan may be too ill for reelection and that Hulusi Akar, the minister of national defense and former chief of the General Staff, seems best positioned to assume leadership of the country after Erdogan. But this, Cook argues, is not good news for the United States. “No one should expect Akar to be friendly to the United States,” he warns.

Cook opines that Akar has “made common cause with a fiercely nationalist, anti-Western group of officers” and that “they have colluded to punish officers who … spent significant time in Europe and/or the United States” for “alleged links to the controversial cleric Fethullah Gulen.” Finally, Cook lists the fact that the Turkish minister of national defense was “directly responsible for Turkey’s aggressive posture in the Mediterranean during the summer of 2020 that pitted Ankara against its own NATO allies Greece and France” as proof that Akar is anti-Western.