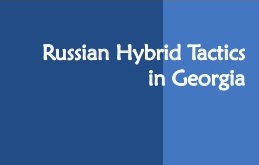 The Black Sea Security Roundtable began with a discussion on the conversation’s newfound international relevance. In analyzing the current state of the Black Sea from the Georgian perspective, Minister Victor Dolidze emphasized that Georgia wants to be involved. He continued that Georgia views security in the region as its number one priority and wants to contribute to NATO efforts and interests, including the maritime, land, and air components of NATO Black Sea security efforts. The minister also emphasized that Georgia was currently the biggest non-NATO contributor to NATO missions and remains committed; however, they are interested in drawing a grand joint strategy to maintain stability and security with concrete Georgian, Ukrainian and Bulgarian contributions. In addition to these multilateral efforts, Georgia would like bilateral talks with other Black Sea bordering countries on the subject of trade, human rights, and security partnerships.

Inquiries were made to the minister regarding Georgian efforts to counter Russian encroachment into Georgia and the Black Sea region. According to the minister, despite the international efforts led by the U.S. against Russian aggression, Russian behavior, such as ethnic cleansing, and destruction of Georgian property has not stopped. It is therefore important to the Georgian people that their government promote policies that help the citizenry during this time, such as increased visa mobility, free health care to occupied territories, and hepatitis elimination efforts.

Following the minister’s remarks, AFPC’s Stephen Blank discussed hard security matters in the region and Russia’s role in the region. According to Dr. Blank, Russia has attempted to intimidate Black Sea countries by using “soft-power” techniques like imposing economic pressure and implementing information warfare. Despite Russia’s Zapad exercises and anxiety over the Baltic, Russia is building up its military in the Black Sea and in Ukrainian territory. The country is developing and implementing Anti-Aircraft “bubbles” in Syria, the Eastern Mediterranean, Armenia, and Turkey to cut off Ukrainian naval access to the Black Sea. Additionally, Dr. Blank argued that Russia may be engaging in GPS “spoofing” in the Black Sea to affect maritime trade, which could create a potential opportunity for Russia to engage in piracy in the region. While the tactics in this grand strategy are flexible according to Blank, Russia’s long term goal is to restore Soviet-level influence in the world, threatening the post-Soviet space and Europe. By inciting ethnic conflict and discord in western countries, Russia can project power and promote its strategic agenda. To Dr. Blank, the greatest threat to Russia is not a NATO invasion, but rather the democratic integration of Eurasia and the increased spread of NATO influence. Dr. Blank concluded that with increased western influence in his backyard, Putin would have to give up his imperialist dreams.

A question was raised on Georgia’s NATO cooperation and how it adapted to Turkey’s role in the region. According to Minister Dolidze, they have adapted well and coordinated effectively with NATO. The minister emphasized that Turkey, Azerbaijan and Georgia’s trilateral relationship built the basis for the modern Black Sea situation. Other participants, including Ms. Assenova, argued that Turkey’s recent coup and political changes have become the main problem for further cooperation in the Black Sea among these countries, and perceptions of Turkey have changed for the worse in the Balkans and Bulgaria. Islamist trends and the oppression of political opposition within Turkey threaten the Baltic countries. According to Ms. Assenova, the mistrust was a significant obstacle in forming a flotilla between Turkey and Bulgaria.

Ms. Assenova commented that Romanians are known for their cooperative and innovative efforts. Generally, Bulgaria’s intentions are aimed at maintaining the status quo, as the government is extremely weary of undertaking any security efforts independent of support from NATO or the Black Sea community. In order to align more closely with NATO, Bulgaria needs to modernize and de-Russify its military, replacing engine refurbishment efforts with Russia with analogous efforts in Poland, replacing Russian jets with other foreign jets, and the modernization of the Bulgarian flotilla. For these endeavors to be successful, Ms. Assenova argued that the Bulgarian defense budget must increase substantially, and profound cooperation between NATO, Georgia, Ukraine, Turkey, Bulgaria and Romania must occur.

The roundtable then shifted focus to Black Sea security being one of the top priorities for Bulgaria. It was suggested that Bulgaria remained committed to NATO obligations; however, they emphasized the need to avoid abrupt change and act with caution, as the stakes were slightly higher for Bulgaria due to the 500,000 Russians in the region, Bulgarian investment, capital, and tourism are contingent on these Russians.

A Turkish participant emphasized the country’s status as a committed NATO ally and its plans to reestablish a Turkish influence in the Black Sea within the constraints of its current political climate. Turkey’s Black Sea influence is not static. According to Turkish representatives, there is strong Turkish support for China’s Belt Road and Initiative (BRI), and they hope China and India can begin to trade in the region. Turkey does not want to isolate other regions from the Black Sea, only emphasize the significant role Eastern Mediterranean Security plays in the Black Sea. Other participants also mentioned that this situation may serve as a good opportunity to improve the relationship between Turkey and the West and to unite against Russia. Turkey is optimistic about the Black Sea’s future, and supports any efforts toward long term security and stability.

Other participants assessed that Azerbaijan considers itself a part of the region. Energy security remains their priority, and they strive for secure energy flow from their Caspian resources to Black Sea countries. For this reason, a clear understanding of the security situation is important to them. They expressed concern over the ambiguity of the U.S. and EU positions in the region and inquired as to whether there were more flexible formats of achieving stability than working through the political and legal constraints of NATO. To Azerbaijan, the clock is ticking: there is no physical barrier to Russian encroachment into Georgia.

Those at the roundtable agreed that now is the time to pay attention and devote resources to the Black Sea. There are wide-reaching trade implications to any developments in this region, as well as geopolitical implications of increasing Russian aggression and influence. Multilateral authority via NATO, US, and Western involvement may be necessary to protect and unite smaller regional players together for the common goal of stability. Future talks and further bilateral relations are also necessary to this end. 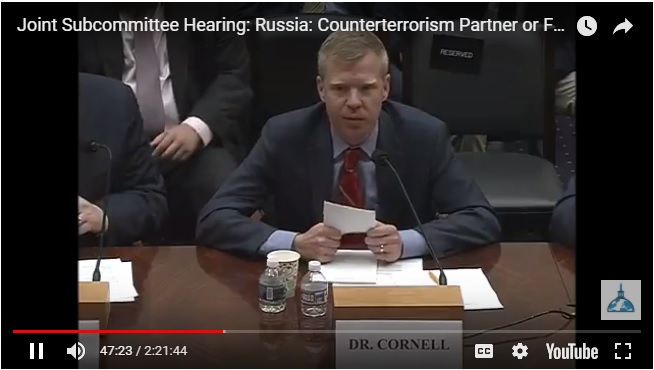 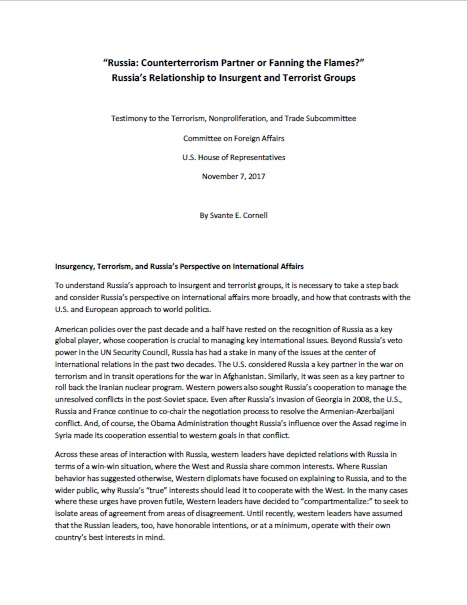 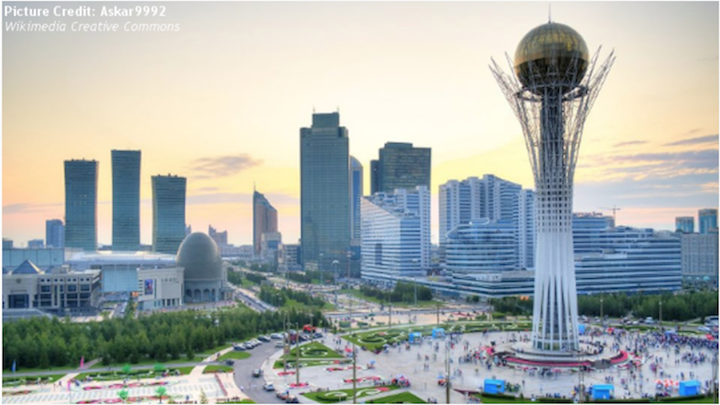 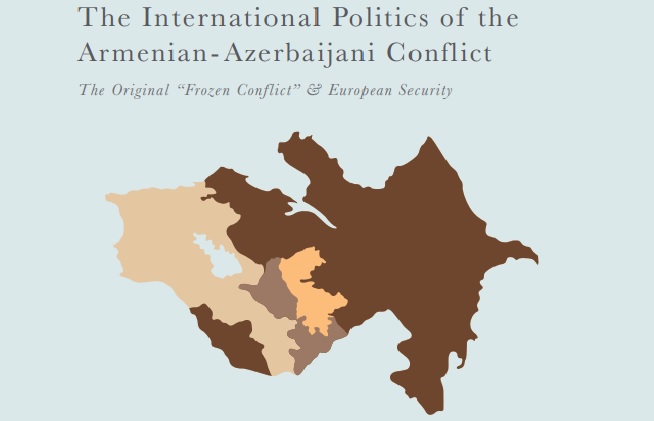 Published in Silkroad Papers and Monographs
Read more...
Page 6 of 9