Joe Biden’s Approach To Eurasia Is Stuck In The Past 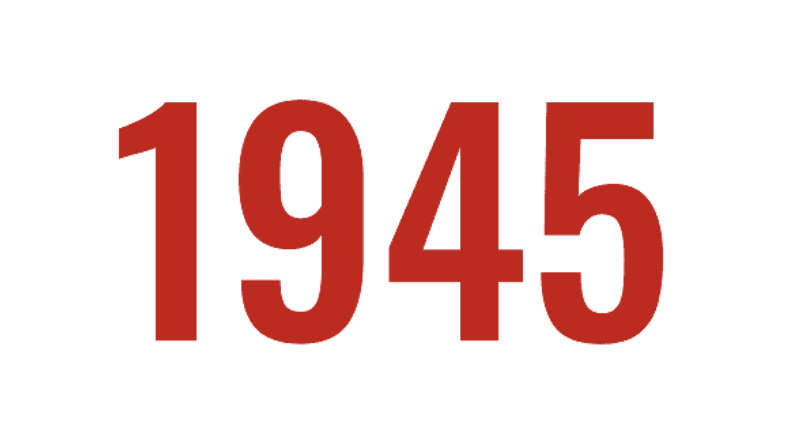 With considerable pomp and circumstance, the Biden administration recently unveiled its signature National Security Strategy. The document, intended as an authoritative expression of the Administration’s priorities in the field of foreign affairs, pays extensive attention to the great power challenges posed by China and Russia, framing them as the greatest threats to contemporary American security.

Yet, in spite of this, the new Biden strategy pays scant attention to the region located between those two Eurasian behemoths – Central Asia – or to the countries that reside in it.

This makes no sense. If the U.S. aspires to answer the challenges posed by Russia and China, how can it ignore the part of the world where those two powers meet? Chinese and/or Russian domination of Central Asia would effectively enable powers hostile to the United States to connect southward and westward to South Asia and the Middle East, and thus shift the balance of power on the entire Eurasian continent. This would empower their partner, Iran, and lead hesitant or wayward American partners (such as Turkey and India) to reconsider their loyalties. Moreover, if it is locked out of Central Asia, America’s ability to respond to crises on the Eurasian continent would be diminished. This would stand in stark contrast to September 2001, when the U.S. was able to rapidly mount a campaign against al-Qaeda in Afghanistan from bases in Central Asia.

Biden, though, is hardly unique. He joins a long list of presidents who have proven unable to approach Central Asia strategically. There are probably many reasons for this dysfunction, but at its root lies a conceptual problem: U.S. policymakers have historically been unable to decide where the region fits in their mental map of the world.

The different iterations of the National Security Strategy, or NSS, provide ample evidence of this. The first NSS to mention Central Asia is the 2006 version, issued by the George W. Bush Administration. Under the novel heading of “South and Central Asia,” an explicit effort to center U.S. policy on Afghanistan, it termed the region “an enduring priority for our foreign policy.” By contrast, the Obama administration’s first NSS, published four years later, did not so much as mention Central Asia. Obama’s second, in 2015, made an oblique reference to the region in a passage on India and Pakistan. Central Asia reappeared in the Trump administration’s 2018 NSS, again under a “South and Central Asia” heading, with the emphasis being on counterterrorism and building a region “resilient against domination by rival powers.” But the Biden administration’s NSS inexplicably puts Central Asia at the very end of the “Europe” heading.

This disconnect has real-world consequences. Most glaringly, Central Asia has been missing from America’s policies to counter nefarious Chinese activities in Asia – perhaps because the Obama and Biden administrations did not even see it as part of Asia. Never mind that Chinese President Xi Jinping announced his flagship Belt & Road Initiative in the capital of Kazakhstan in 2013, and made the region the destination of his first foreign trip after his two-year, COVID-induced isolation.

The Biden NSS emphasizes its support for the sovereignty and territorial integrity of Central Asian states. But it fails to mention security matters in its policy prescriptions for the region. By contrast, the document’s approach to the Middle East reassures that “the United States will support and strengthen partnerships with countries that subscribe to the rules-based international order, and we will make sure those countries can defend themselves against foreign threats.” Such language would have been quite appropriate for Central Asia as well, signaling a real commitment to the sovereignty and territorial integrity.

This tepid state of affairs is no longer tenable if indeed it ever was. It is high time for the U.S. government to finally make a lasting determination on how it views Central Asia’s role in connection to America’s interests concerning China, Russia, Europe, and the Middle East. It is time for the United States to finally view Central Asia in its own right, rather than as an appendix to something else. Doing so means engaging actively on security matters in the region, deepening political and economic dialogues with regional states, and more adroitly countering Moscow and Beijing’s overtures there.

Heads of State from Japan, India, Turkey, and South Korea have all visited Central Asia in recent years, showing their understanding of the region’s growing importance. In October, the European Union raised its own level of interaction with Central Asia to the same level. Meanwhile, Central Asia has never been visited by a U.S. President. The sooner this changes, the sooner America will be able to truly confront Russian and Chinese influence in one of the world’s most critical regions.

Svante E. Cornell joined the American Foreign Policy Council as Senior Fellow for Eurasia in January 2017. He also serves as the Director of the Central Asia-Caucasus Institute & Silk Road Studies Program, and a co-founder of the Institute for Security and Development Policy, Stockholm. His main areas of expertise are security issues, state-building, and transnational crime in Southwest and Central Asia, with a specific focus on the Caucasus and Turkey. He is the Editor of the Central Asia-Caucasus Analyst, the Joint Center’s bi-weekly publication, and of the Joint Center’s Silk Road Papers series of occasional papers.

The Central Asia-Caucasus Institute invites you to join for a presentation and discussion regarding the International Monetary Fund's October 2022 Regional Economic Outlook for Central Asia and the Caucasus report.

Forum on CAMCA: A New Era

Join the fall 2022 Rumsfled Foundation Central Asia, Mongolia, the Caucasus and Afghanistan (CAMCA) fellows for a presentation on the region's next chapter. From it's geostrategic location to its large and viable workforce, CAMCA countries have the potential to create a shared economic system supporting regional trade investments, labor and peacekeeping, Join the Fellows to learn how the U.S. can better interact with, and invest in, this rapidly developing region.

Central Asia-Caucasus Institute in cooperation with the Development Strategy Center

At his inauguration after being re-elected President in November 2021, President Mirziyoyev announced the imperative of constitutional reform. This month, he presented the basic outlines of these reforms, which will be put to a nationwide referendum. The reforms intend to modernize the country’s basic law, with the aim of bolstering rights and develop the social nature of the state. A panel of Uzbek and Western experts will provide an initial analysis of these amendments and their implications.

The event will also be live-streamed on the CACI Facebook page and on Zoom.

By Svante Cornell and Albert Barro

The proposed constitutional changes, following five months after the greatest unrest in the country’s modern history, accelerate the efforts by the country’s president to push for controlled political reforms. The EU, while focusing on Ukraine, should continue to engage with strategically important Central Asia.

In January this year, protests over energy price hikes spread in Kazakhstan and turned violent in the country’s largest city of Almaty. This crisis displayed the growing restlessness of the Kazakh population, but also the in-fighting among the country’s elites.

It seems clear that the violence was triggered by elites that resisted President Kassym-Jomart Tokayev’s political reforms to safeguard their privileges.

However, President Tokayev emerged from the crisis with greater authority over the country’s governing institutions. The price to pay was calling on peacekeepers from the Russia-led Collective Security Treaty Organisation.

But while many believed this would leave Tokayev indebted to Russia, events since January have proven otherwise. President Tokayev has refused to endorse Russia’s war in Ukraine. At home, far from halting his reform efforts, he doubled down: On 6 March he presented a fast-tracked package of political reforms to the nation and promptly submitted it to a constitutional referendum scheduled for 5 June.

The constitutional amendments, approved on Sunday, are closely consistent with the reform initiatives promised by Tokayev in his 16 March address to the nation.

Key themes from his address that are reflected in the amendments include revisions to the president’s powers, reformatting of the representative branch of government, improvements to the electoral system, and strengthening of human rights institutions.

Recognising that much of January’s unrest arose in protest against the government’s “super-presidential” structure, Tokayev’s reforms aim to reduce the power of the presidency. The president will no longer be permitted to be connected to a political party during his tenure, and his close relatives will be forbidden from serving as senior public servants or as heads of public sector institutions. Furthermore, the president forfeits the right to cancel actions by regional mayors.

Reducing presidential power is matched with the strengthening of parliament. Presidential appointments will now require Senate approval, and the Supreme Audit Chamber, which will oversee the national budget, is to report biannually to the lower house of parliament.

Furthermore, while in the past, the upper house adopted laws, this is now shifted to the more representative lower house, reducing the senate’s role in approving laws passed in the lower chamber.

This shift is magnified by introducing a mixed electoral system for the lower house, with 30% elected in single-member districts and 70% by party lists. Steps are also being taken to lower the obstacles to forming new political parties.

Some initiatives that President Tokayev promised in his March address to the nation are not included in the amendments. A key area is the clarification of the rights and responsibilities of the media.

One of the most pernicious criticisms of Kazakhstan’s record concerns the rights of journalists, who are often persecuted under defamation laws. Tokayev promised a draft law on the media, which will be met with great anticipation.

The changes to Kazakhstan’s political system will not turn the country into a parliamentary democracy anytime soon. They remain within the fundamental paradigm that has been President Tokayev’s intention since his election in 2019: top-led gradual change to the existing system to make government more effective and provide greater openness without losing control.

Still, compared to Tokayev’s earlier reform packages, these reforms represent a shift: earlier reforms sought mainly to make the state deliver better services to the people and shore up its legitimacy that way.

They only aimed to build participatory and competitive politics very slowly at the local level. By contrast, the current reform package indicates that President Tokayev now sees a gradual liberalisation of the political system at all levels as necessary for the system to maintain its legitimacy.

While the EU and US are preoccupied with the Ukraine war, they should pay attention to events in Central Asia. Following the chaotic US withdrawal from Afghanistan, the region has largely disappeared from the sights of Western policymakers.

This is a mistake, as the region will be crucial to the long-term containment of both Russia and China. Supporting reform processes in Kazakhstan and its neighbour Uzbekistan, particularly the difficult implementation of reforms that are now on the books, would go a long way to helping stability and progress in the region.

A longer analysis of Kazakhstan’s reforms can be found here.

Svante E. Cornell is Director, and Albert Barro a Project Associate, with the Central Asia-Caucasus Institute & Silk Road Studies Program, a Joint Center affiliated with the American Foreign Policy Council and the Stockholm-based Institute for Security and Development Policy.